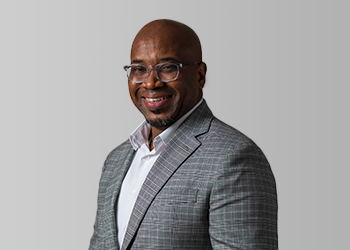 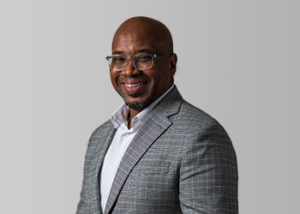 Insanity, the saying goes, is doing the same thing over and over and expecting different results. Finding talent these days requires a new approach, says Clement Marriott, president and founder of Minnesota-based Empowers Staffing. This is especially true for community bankers who are committed to fostering the cultural values of diversity, equity and inclusion.

Culture is a selling point, Marriott explained. Candidates, especially candidates of color, assess a bank’s culture from the outside: They look at its “About Us” web page, review its social media feeds, and scroll its list of executives found on LinkedIn. What people look for is “diversity among decision-makers,” Marriott said.

Marriott, whose one-year-old firm connects qualified job candidates of color to community banks in the Upper Midwest, did plenty of website trolling as he gathered intelligence for his business. “I picked 20 Twin Cities banks at random; at one [website], I clicked through seven pages of people and there was not one person of color.”

That is a problem Marriott encourages the industry to resolve, especially as the U.S. Census Bureau reports the population of minority communities across the region has grown while the overall percent of white people has declined. In Minnesota in 2020, for instance, white people made up 76 percent of the population, down from 98 percent some 40 years earlier. “No bank is going to run an ad that says ‘we only care about 76 percent of you,’” Marriott said.

Building a culture around DEI values is easier to do at larger banks than at small and rural banks. Marriott, who spent more than a decade at Wells Fargo, acknowledges the disparity. During his tenure at Wells, beginning as a mortgage closer and rising to the role of vice president of business intelligence, Marriott saw the benefits a wide diversity of thought and experience brought to his teams. His encounters with diverse teams continued when he became an IT contractor for Fortune 500 companies, including many that offered financial services. The largest companies “have money and can embrace DEI from every angle,” Marriott said. “It’s the mid-level and smaller ones that are struggling.”

As a person who prefers to solve problems rather than complain about them, the transplant from Tanzania launched his staffing firm to help. Empowers Staffing focuses on two areas: Banking and IT.

“A lot of companies are looking for people who are hardworking, dedicated and have the tenacity to learn,” Marriott said. People of color often think a role in banking requires a degree in accounting or an advanced degree in math. Not so. “If we can find these people, we can train them.”

Marriott acknowledged there can be an ingrained insecurity in communities of color. Many believe “I’m not good enough” or “I will not be accepted,” he said. “I see a lot of very talented people at places like Target or Walmart. You spend a few minutes with this person and you can see the potential. Can they start as a teller and become a branch manager in a few years?”

Marriott believes such a transformation is possible. But how does a bank get people of color through the door for an interview?

This is where the culture of the institution must be inclusive, and evident. A good opportunity for a community bank to embrace inclusion is in how they respond to the addition of Juneteenth to the calendar of federal holidays. President Biden signed the bill that established June 19 as Juneteenth National Independence Day on June 17, 2021, hardly allowing banks time to pivot last year. The nation’s largest banks quickly committed to closing their banks for Juneteenth starting this year, but many community bankers are unsure how to respond and are looking for guidance.

Marriott has advice for them: They need to treat Juneteenth the same as July 4.
Inclusiveness, Marriott says, is recognizing and responding to peoples’ cultural differences and unique perspectives and histories. It’s in understanding that “to the Black community, June 19 is independence day.”

When he returns to Africa for a visit, something he does every few years, Marriott said he “has to” go on safari. “When I do, I see the zebras all clustered with other zebras, the elephants all together with other elephants, all the tigers together. They never mix.” People should be able to mix while maintaining and respecting their differences, he said, adding a note of caution: “Don’t say you are colorblind.”

He calls that idea a disconnect. “If you see me as you see yourself, you will expect me to assimilate to you.” Better, he said, is to learn and understand each person and their culture. “If you allow people of color into your decision-making, your decisions will be fair to everybody.”

This article originally appeared in the February 2022 edition of BankBeat magazine. It is republished here with permission.

Empowers Staffing is the fastest-growing minority-owned Recruiting and Staffing Company. Empowers Staffing connects with your organization to understand your staffing needs and provide you with the most diverse skilled professionals in the market.

THE PEOPLE WHO GET THE JOB DONE FAST